Paper Mario (Mario Story in Japan) is the first game in the Paper Mario series. A good RTA time goal for this game for Any% would be sub 2:00, for Any% No WW a good time goal is Sub 2:25, for All Cards sub 3:20 is considered a good goal.

The "Information by Chapter" gives general tips and guidelines, boss data, and trick videos specific for each chapter. If you want a route, go to the main page and see the new routes.

The Japanese (NTSC-J) version of Paper Mario has less text than the North American (NTSC-U) and European (PAL) versions, so text scrolling is faster (even though there are the same number of text boxes).

The N64 version, oddly enough, has less lag than the Wii VC version. The most noticeable points of lag on VC are in Mt. Lavalava, during the final fight and associated cutscenes with Bowser. However, screen transitions are faster on VC than N64. It's difficult to say whether VC or N64 is faster at this point, since no direct comparisons have been done for this game. If you manage to play this on Emulator, the lag will be about the same as N64 and better than VC.

iQue is believed to use the same patches as English

Emulator also has some noticeably slower features, even though it lags much less than VC. For example, the pause menu takes longer to load up.

The plugin "Jabo's Direct3D8 1.7.0.57-ver5" for emulator is discouraged for RTA use, as it eliminates cutscene lag and other lag in the game. This makes it faster than the N64 version. 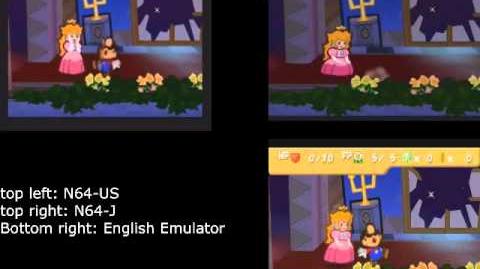 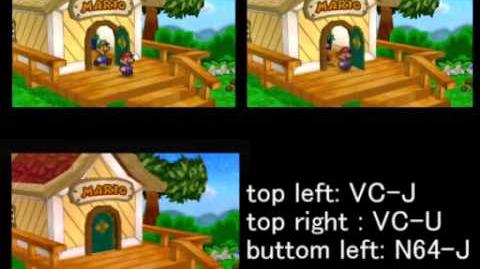 Because there are so many skips and tricks in this game, this section has been broken down by chapter. For information for a skip or trick in a particular chapter, please select the chapter page above. Or, alternatively, you may start with the Prologue page here.

Retrieved from "https://papermariorta.fandom.com/wiki/Paper_Mario?oldid=5913"
Community content is available under CC-BY-SA unless otherwise noted.